For Computer Weekly, I’m looking at the compliance issues around gathering, storing and processing unstructured data.

This article will examine the likely compliance risks in unstructured data, and suggest potential solutions. It will ask:

As businesses gather ever greater volumes of unstructured data, and develop new ways to process and analyse the information, compliance becomes increasingly important. This is especially the case when organisations start to combine data sets, and use advanced analytics to search for insights in the information. Does the original consent to hold and process the data carry over to this type of application? And what happens when unstructured data is mixed with other data sets?

For the piece I am keen to have comments from data scientists, compliance experts, academics, lawyers and end user IT organisations. As the deadline is quite short, please send pitches, initial comments and leads to me by 1200 London time, June 13th by email please.

Data storage is an often-overlooked part of machine learning and other AI deployments.

This article will appear in Computer Weekly. It will cover:

For this article we are open to comments from vendors, as well as analysts, consultants and other experts. Examples of ML use cases and how systems were designed to run it are most welcome.

Initial pitches and leads by Wednesday May 29th by email please.

My next article for Computer Weekly will look at the best storage options for virtual servers, including SAN, NAS and hyper-converged infrastructure (HCI).

Specifically, the piece will ask:

First and foremost I am looking for background information, analyst research/ technical papers and case studies which will help to answer the points above. If you or your client has expertise in this area, please contact me by email in the first instance. The deadline for input is Monday, 13 May.

My next article for Computer Weekly will be on “Scale-out NAS in the age of cloud”. The outline for the piece is below.

Scale out NAS is a very important storage technology for those that want to store large amounts of file and unstructured data.

But in recent years it has had to fight off other methods of storing large amounts of unstructured data, namely on-premises object storage and the rise of the cloud providers and their (often object storage-based) storage offerings.

So, who are the key scale-out NAS providers now? What do they offer in terms of products? And how are they meeting the challenge of the cloud?

If you or your client has expertise in this area, please contact me by email in the first instance. The deadline for pitches and initial input is Monday, 25 March. 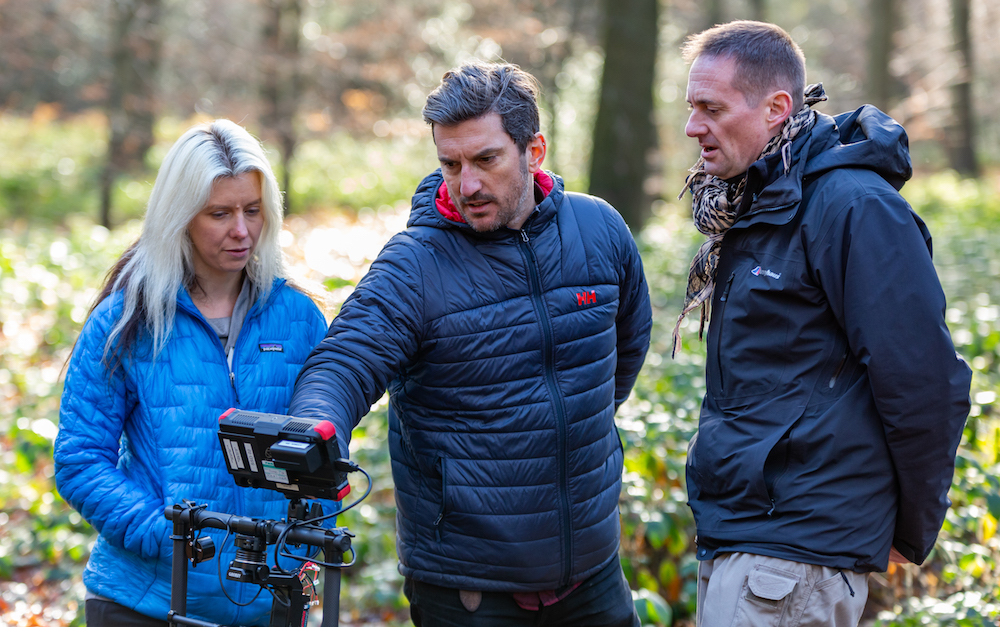 Two stand-out projects of 2018 were videos I produced for the Danish manufacturer Universal Robots, and for the well-being app, Calm.

Universal Robots makes small, industrial robotic assistants, or “cobots”. They designed these devices to work alongside humans, and with conventional industrial equipment. The programmable robot arms can load machines, pick and pack products and even blow up balloons.

Using robots to automate manufacturing is hardly new, but Universal Robots’ equipment is used by small companies, as well as industrial giants such as Nissan. We visited B-Loony, a Home Counties SME; they’re using the cobots to ramp up production for its promotional products, such as bunting and the little flags that go in hamburgers.

Shot entirely on location in 4K, the video mixes a voiceover with interviews with B-Loony staff. Working in an industrial location brings the usual challenges of mixed light, health and safety and, of course, noise. But we feel the result captures the essence of what B-Loony does, and how the cobots help.

Our project for Calm could not be more different. Filmed in a beautiful private woodland in Oxfordshire, the piece introduces Calm members to Phoebe Smith, “sleep writer in residence”. Phoebe writes sleep stories, or “bedtime stories for grownups” for Calm. And she’s a pioneer of extreme sleeping: hanging a hammock off the side of a cliff or a tall building.

Phoebe is, of course, a travel writer and journalist, and a former features editor at Trail magazine. She is no stranger to TV appearances. We wanted a location, and a style of video, that complemented her own footage. We used a mix of Sony cameras – partly for their slo-mo features – a gimbal and a drone to capture the b-roll and the interviews. An additional challenge was to shoot in a way that allowed the video to be re-formatted in a square aspect ratio, for Instagram, 9:16 vertical for Facebook, and for subtitles. And we had to work around a herd of cows.

The links below are to the clients’ versions of the videos; both projects also involved capturing stills photos for the websites and blog posts. Feedback, as ever, is welcome.

I’m hosting a session for Infosecurity Magazine’s next online summit. The topic is Managing Vulnerability and Patch Management in the Enterprise and it’s on Tuesday 26th March, 12.30-13.30, GMT.

I am looking for a team of experts to present for around 10 minutes each, followed by a Q&A with the audience. The session will be live.

Speakers can be consultants, researchers or analysts from the UK and EMEA, but must not work for information security vendors.

The process for speakers is:

Keeping systems patched and up-to-date in the face of modern threats – some of which you’re not aware of until they are being actively exploited – remains a constant challenge for all organizations. With every new piece of software, technology or service, the vulnerability surface expands.

This session will explore:

•           The best strategies for patching and vulnerability management in the enterprise

If you or a client would like to take part, please email me at stephen dot pritchard at ensmedia dot co dot uk (no attachments please)

If you want receive blog posts, or keep up with my articles and projects, you can subscribe to new posts using the button at the bottom of the site.